What is Rogue Trading? 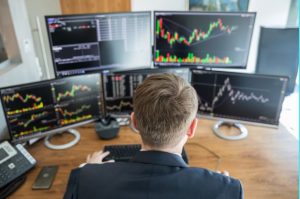 So, the first order of business is to explain the subject of this article, i.e., rogue traders. A rogue trader is a trader who generally acts on his own will without any regard for the effect his actions may have on others and dabble in high-risk investments. Rogue traders are generally detrimental to their employers and traders’ rights. They may also make investments and trades without any authorization. 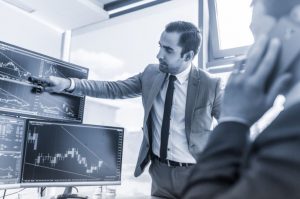 The most notorious example is of a rogue trader in recent years is that of Nick Leeson. Nick Leeson, a rising young banker managed to get high profits for the Barings Bank in 1992 only to undergo a huge loss of almost 1 billion in 1995. He falsified accounts to keep from his bosses the fact that the money was lost. His trading practices then had been against the directives given by his employer which if he had done, would have resulted in less risk and less loss. After Leeson, Barings reformulated their trading and investment bank policies to prevent such future instances.

A more recent example of extreme rogue trading is that of Bruno Isil, also known as the “London Whale” who caused losses of more than 7 billion dollars to the JP Morgan Chase firm. This event was in direct conflict with the Volcker Rule that prohibits high-risk trading inside commercial banks and lending institutions. Though it has been observed that the rogue traders don’t pocket profits for themselves, they do hide the losses generated and it more often than not results in a major crisis for the institution.

So, the common factor in both previous examples and any other examples of rogue traders is that they utilized the money of their employer to conduct high-risk trade without the owner of the finances being aware of it and the reason why it was caught is that the individuals suffered major losses that were too big to ignore. This brings us to the moral dilemma of this issue.

Traders are termed to be “rogue traders” only if they experience high losses but if the profit earned is high, then these same traders are given bonuses and other incentives. It is important to note here that rogue trading is not illegal in most cases or done by people who shouldn’t trade, it is simply unauthorized trading. So, it is important to analyze what may be done to stop such events from unfolding.

Inside the Mind of a Rogue Trader

On a psychological level, these rogue traders may seem to be motivated by the large amounts of money apparently but that is not the case always. Rogue trading induced heavy risks to both career and finances. However, there is no denying that the incentives and promotions do play a great part in inducing traders to be rogue traders. So, it is important that even in any scenario, rogue trading is not applauded or condoned.

Another major justification given by rogue traders is that their actions were based on what they believed was profitable for their employer which perhaps stems from the need to justify their actions on the grounds of loyalty in court or otherwise.

In a lot of cases, it has been found that the managers too were well aware of such activities which they encouraged by rewards or by turning a blind eye as it generated profit. It is unclear in such contexts just who is to blame.

Rogue traders have also been found to be motivated by ego, i.e., the need to look more successful to their peers. They also have a vast knowledge of mundane matters regarding trade, especially areas that they need not know.

A rogue trader may be well camouflaged in their organization, they can be spotted by others outside the organization or their counterparts. Some of the major symptoms that a rogue trader exhibits are apparent diligence whereby they may be able to get their hands on the system alone, profits and losses that cannot be explained as some rogue traders tend to create losing positions deliberately to account for the excess profits, consistent results which fulfill the target as generally very few traders fulfil their targets all the time and finally, lost or tampered or botched records that may be an attempt to hide rogue trading.

Prevention is better than Cure 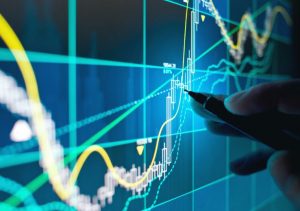 With the digitalization of the finance market, trading occurs in mere milliseconds and it is necessary that finance institutions modernize their rules and systems as otherwise, it will be difficult to track and identify rogue traders. Currently, black box programs created for trading often tend to “go rogue” in certain situations and this poses a huge risk to the transparency and honesty of trade. This concern is legitimized by the “flash crash” of 6th May 2010 that caused the Dow Jones Industrial Average to fall 1000 points in less than an hour. You can easily create an account in the Oil Profit app and start trading.

So, to conclude, it is necessary to have an honest environment that does not reward rogue behaviour and to evolve better measures to deal with the technological trends in the past few decades.

3 Ways to Transform the Mood Within Your Company