Will the Cryptocurrency Fall in the Future?

Simply put, cryptocurrency is a virtual coin or token that can be used in the transaction of goods and services on the internet. Its name is derived from the ledgers that are used to keep the records. These virtual ledgers are bolstered by strong cryptography and are virtually impossible to hack.

Cryptocurrency uses the technology of blockchain whereby it is decentralized and impossible to track. Thus transactions done using this method are extremely secure and untraceable. The identity of those using it remains unknown. It is also free of any regulatory organization like national or international banks, governments, and other financial institutions. 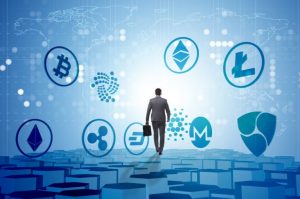 Since its conception in 2009, many institutions, shopping sites, and other places have started accepting cryptocurrency and thereby enhancing its popularity. However, the use of cryptocurrency is currently limited to those who believe in its cause and have the technology trends to do so. It is yet to be accepted on a globular scale- especially in developing or underdeveloped countries.

The older generation especially is very distrustful of this method and there have been issues with the hardware of cryptocurrency owners that has resulted in the loss of records of ownership.

The world of cryptocurrency was created with the release of Bitcoin. Since then, many other names have come to dominate the market. The ones projected to remain and even overwhelm the market are Ethereum, Tether, Finance, Cardanan, Litecoin, Polkadot, Bitcoin Cash, and Stellar.

The Debate about Cryptocurrency 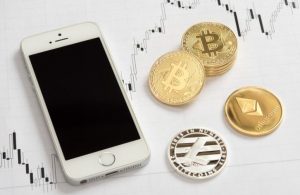 The main argument that individuals who use cryptocurrency provide is that there is no regulation involved in this currency. The value of the currency is decided by the market and no induced inflation is possible. This is the single most important factor to account for the rising popularity of cryptocurrency. The cherry on top of the cake is the fact that it is very secure and is impossible to hack.

The argument given against cryptocurrency is that as there is no regulation, its value fluctuates extremely and this poses a problem for those involved in the trade. It is important to note here that in recent years, there have been discussions regarding the regulation of cryptocurrency with the UK already creating the need for licenses to trade and imposing taxes.

The Future of Cryptocurrency 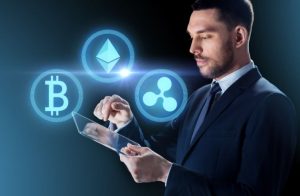 Despite all the uncertainty, the common consensus is that cryptocurrency is here to stay. The $1 billion was spent on crypto-linked Visa cards and Visa in collaboration with more than 50 cryptocurrency platforms to launch card programs for crypto transactions also speaks to the fact that cryptocurrency is becoming the next important idea. The growth of Stablecoins among traders and trading institutions as well as governments is also one such indicator.

The digitalization of the finance world is probably the main reason that can explain the rise of cryptocurrency. Despite the mistrust and controversy, it endured in the early years, the benefits of use outweighed the cons of risk. For starters, it is decentralized and thereby cannot be interfered with. Trade done via cryptocurrency is secure and anonymous. It also allowed those individuals without access to a bank to have access to payment methods, credit cards and exchange systems as the global number of people with access to the internet is higher than the global number of people with access to banks. For Crypto investments, check out the platforms like Bitcoin Rush and bitcoin-codenorway.com

Despite the major advantages of cryptocurrency, it is extremely volatile. The cryptocurrency industry started with Bitcoin but now the value of Bitcoin has dropped significantly and other cryptocurrencies such as Ethereum, Tether, etc., are taking the upper hand. Also, as mentioned before, for any medium that embodies value, it is necessary to have some form of standardization otherwise it is very difficult to conduct trade and other commercial activities on a global scale. Also, since the entire premise of cryptocurrency is technology, it is important that the world also advances technologically.

To Answer the Question

So, any question regarding the future of cryptocurrency is speculative and not a given fact. Yet, based on the current evidence and the way the world is reacting to cryptocurrency, it can be safely assumed that cryptocurrency is here to stay though it may change its form and characteristics and its value will increase manifold once it becomes more commonplace. The future in which cryptocurrency has taken precedence over other forms of money is one where a lot of things such as the structure of the finance of various countries, the investment schemes, and strategies will have changed drastically and not all countries or governments are reacting to it favorably. For instance, China has banned the use of cryptocurrency whereas the government of the UK (through the introduction of Bitcoin)  and the government of El Salvador are trying to accept this new form of currency. In the light of this evidence, the value of the crypto market is expected to increase steeply.

Christy Bella
Blogger by Passion | Contributor to many Business Blogs in the United Kingdom | Fascinated to Write Blogs in Business & Startup Niches
Previous article
Will Cryptocurrency Become The Universal Currency?
Next article
Best 5 Cryptocurrencies to Invest in 2022

How To Make Your Business Stand Out During Freshers’ Week