Irrespective of the nature of the commodity being regulated, businesses and consumers alike feel the impact of the regulatory body and the government. Any commodity, if banned or regulated, which has genuine benefits or no disadvantages associated with its use in particular, is bound to frustrate both consumers and honest businesses. Businesses, especially small ones, have trouble keeping up with changing government regulations.

Even if a new regulation isn’t difficult to keep up with, it does impact the business’ operations. For small businesses, this means constantly updating their operational framework and altering processes in accordance – all of which is costly and time-consuming.

How do government regulations affect businesses in the United Kingdom?

The first way excessive government regulations in the United Kingdom affect businesses is by increasing their levels of frustrations with regards to business operations. The dampened regulatory flow and the difficulty of doing business due to unnecessary regulations discourages individuals from entrepreneurial ventures. Especially for businesses with a small team, handling day to day business operations while taking care of excessive regulations can be very demanding and discourage the rise of the entrepreneurial efforts in Great Britain.

The second way excessive regulations in the United Kingdom affect businesses is by increased complexity and confusion. Not only are excessive regulations a burden on individuals, but businesses also tend to be confused and take an easier route instead. For instance, an example of this would be the excessive and confusing regulations surrounding employment law in the United Kingdom make small retailers opt for part-time workers rather than permanent employees simply so that they don’t have to deal with any legal matters.

The fourth way excessive regulations in the United Kingdom affect businesses is by them having to regularly update their business operations. If the regulations were known and in place prior or during setting up a business, owners and managers would generally try to understand and implement the requirements. However, with every new regulation, operations have to be changed accordingly. Not only does this affect one’s peace of mind, it also hampers sales and revenue. 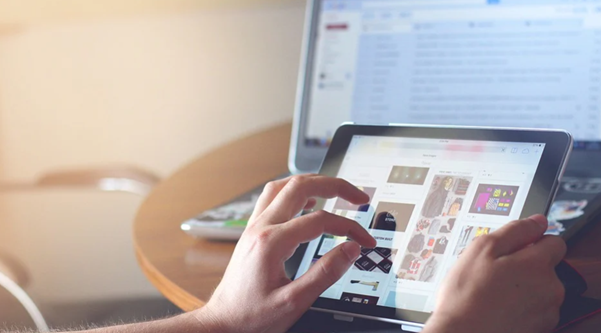 How do government regulations affect customers in the United Kingdom?

Other than the obvious frustration associated with regulations on consumer products or on any other commodity, the most dangerous impact of government regulations on customers is that of encouraging customers to move to the black market. When customers aren’t legally allowed to purchase a certain commodity, that is neither dangerous to their health or harmful in any way – but is still regulated by the government nonetheless – they turn to purchasing it in the black market. This has several disadvantages associated with it which further affect the average consumer.

The first disadvantage of purchasing from the black market is the associated price hike. Since the goods or services are being sold illegally and the seller is under risk of repercussions, the price is hiked significantly to make up for the danger involved. The other disadvantage of purchasing from the black market is that the goods being sold could potentially be tainted or impure, and hence could affect the consumer’s health or life quality. However, if the item was regulated, and under surveillance from a national regulatory body, it would ensure public health and safety.

Either way, excessive government regulations do not truly ban or regulate anything – in fact, the trade for the most regulated goods and services moves into black markets or through other illegal means. For instance, websites that are banned in the United Kingdom are simply accessed by residents by using a VPN or proxy server tool.

Other items regulated by the government, specifically by the TPD or Tobacco Products Directive, are vape or vaping related products. Instead of regulating the practice of vaping, based on scientific and market research, these regulations push customers to the black market.  The major issue that arises here is that due to being forced to purchase from the black market, the average consumer then exposes themselves to safety concerns because they are using potentially unregulated products.

In recent times many countries forced various restrictions and regulations on all kinds of businesses to prevent a health crisis. However, the evidence of the effectiveness of such government intervention is not clear, but the impact on businesses, the economy and the consumer is demonstrating negative findings and trends. It is therefore vital for any government to carefully analyse and evaluate how far their intervention reaches with the main focus on outcomes especially. The data should be used to establish the impact of regulations and how they can be improved or adapted for the best outcomes for businesses, consumers and the public domain.

Top 10 Business Administration Tips Every Office Should Use

How to make Single Glazed Windows more energy efficient to save Money?

Press Release: Petlab Expands Into Canada And Europe With Support From HSBC UK