Since the internet’s inception, crypto has entrenched itself among the most significant technology revolutions. Cryptocurrencies have become a revolutionary force, offering an alternative to fiat currency and traditional investments, and are on the verge of becoming a legal, financial instrument.

Today, many people prefer Cryptocurrency over other investments, whether they’re looking to diversify their portfolios or plan for retirement. Therefore, we must understand why cryptocurrency is so valuable and gradually becoming one of the world’s most popular investment forms.

A Cryptocurrency is a digital version of money that can be traded amongst people and organizations without an intermediary, with the scarcity of each coin determining its worth. However, no central authority administers the supply and circulation of coins. It does not have the backing of government authorities or central banks, which creates several risks for investors and users alike. Governments are likely to become more concerned about the risks associated with digital currencies if they decide that they are becoming too risky. 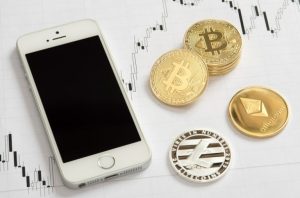 The demand for them mainly determines the value of these cryptocurrencies. The value will rise and fall as demand increases or decreases with increasing adoption. On top of that, there is no guarantee that these currencies will last forever as they are prone to inflation.

Cryptocurrency, the virtual currency, can be used to purchase and trade products or services anonymously. Any government authority or central bank does not back it. It does not have a system of intermediaries to propagate its use, making it difficult for regulators to control its use. Due to this, authorities will find it challenging to keep track of bitcoin users’ events and transactions.

Why is Cryptocurrency valuable?

Cryptocurrency might be the most crucial thing to money since the gold standard. It is an alternative way of transferring value globally without relying on traditional banking systems, and it offers financial freedom to consumers and investors alike. Cryptocurrencies have quickly attracted attention from regulators and governments worldwide, but there are still many questions about how they will affect economies, markets, and society as a whole. 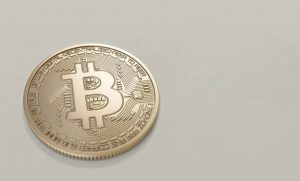 Although numerous folks also are suspicious of virtual currencies and don’t fully comprehend how cryptos acquire and maintain actual worth, those who have accompanied crypto’s headway since Bitcoin’s inception in 2009 understand its significance and perks and see altcoins, particularly stablecoins, as being even superior to conventional wealth.

Cryptocurrency has the same attributes as fiat currency, but it cannot be counterfeited with one difference. This implies that it can’t be used to acquire or promote sales or to make payments for them.

This makes Cryptocurrency different from other forms of money such as cash, credit cards, banknotes, or gold. It is scarce and cannot be counterfeited like cash can be counterfeited (i.e., it can only be produced once). This makes cryptocurrency attractive for its decentralised nature and its use as a medium of exchange in payment transactions between people without being subject to any central authority or banks.

Electronic money has certain features with fiat currencies. Cryptocurrency can only be created by a small number of people and cannot be counterfeited because no one can make it without the help of others. This means that the value of a bitcoin would not depend on its supply; it depends on the market price.

This occurs when a person “transacts” the same BTC in multiple places, thus producing an identical record. The digital currency has been created through mining, which involves solving complex mathematical puzzles done by the users. For their efforts, the miners are compensated in bitcoin.

Secrets behind the valuable Cryptocurrency

Cryptocurrency has attracted many people’s attention because of its high value, but how did it get this high? Today, I would like to discuss the trading secrets behind valuable Cryptocurrency.

Blockchain technology can disrupt many industries, including finance, media, healthcare, retail and other sectors. The blockchain will be able to record transactions in an immutable way by using smart contracts. This will revolutionize how companies transact with each other and the public.

Crypto mining or Bitcoin mining is a cutthroat market. Solving the complicated algorithms necessary to validate network transactions takes a lot of computer power and energy. 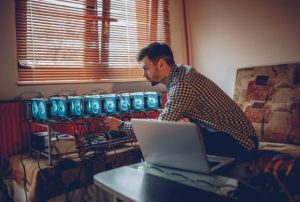 To ensure their algorithms are not being tampered with, miners must implement unique software solutions.

The principal motivation that blockchain is so appealing is that it is decentralised. It’s because when you create a transaction on the blockchain, it is not stored on a single server but instead distributed across a network of computers. Hackers will be unable to access your data and steal from you due to this. This also implies no mediators for you and your database, significantly improving data security.

The evolution of Cryptocurrency has a significant degree of fluctuation, and hence it requires more than just an asset to be traded on an exchange. It needs a trading platform that can offer liquidity and stability to these investors who want to trade these coins at any given time.

There are many secrets and unknown facts and strategies in bitcoin, with which you can gain more profit. You should open an account in the bitcoin investment platform to know more methodologies in bitcoin trading. As more people grasp the importance of Cryptocurrency and use all that distributed ledger technology has to bring, the majority of us will be utilizing it in some form for years, if not decades, to come.

Christy Bella
Blogger by Passion | Contributor to many Business Blogs in the United Kingdom | Fascinated to Write Blogs in Business & Startup Niches
Previous article
Why Are Cryptocurrencies Banned In Many Countries?
Next article
10 Best Forex Trading Strategies