Will Cryptocurrency Become The Universal Currency? 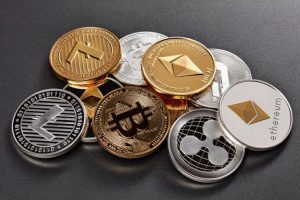 Cryptocurrency is a virtual token via which individuals online can conduct various transactions. It is a number that one can get in exchange for current real money, the identity of the user is stored in a database or ledger. Cryptocurrency does not have a physical form. It is not only impossible to hack but also untraceable. Each such virtual token is referred to as a “coin” though it has no physical form. They are stored in crypto wallets and a key is provided which if lost entails the loss of the entire wallet of the owner.

The cryptocurrency transactions are decentralized, i.e., there is no bank or regulatory body involved. It operates via the technology of blockchain. The technology itself is groundbreaking and can be used in the decentralization of other fields such as healthcare etc.

The value of the coin is decided by simple laws of demand and supply and thereby is very volatile. However, users often claim that this decentralization of cryptocurrency through the blockchain method is the advantage- there is greater control and no induced inflation or de-valuing of the money. Also, the supply of coins is limited or fixed and thus, one cannot duplicate or influence the value of the coins artificially.

Evolution of Cryptocurrency and its Current Scenario 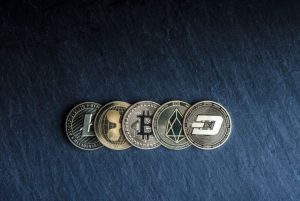 In 2009, the first digitalized cryptocurrency– the Bitcoin– was released by an anonymous group called Satoshi Nakamoto. This soon gained in popularity with other cryptocurrencies being released soon after such as the ETHER, DOT, etc. To date, Bitcoin has been the leading cryptocurrency but it now faces competition from other coins like Ether, DOT, Link, etc.

The finance trading sector is also showing much interest in cryptocurrency though the reactions have been mixed due to its extreme fluctuations. Trading or financial investments require a certain level of standardization which is not yet possible in the crypto market. However, there are efforts currently being made to introduce some form of regulation and standardization.

The use of cryptocurrency is however limited as it requires a level of globalization that is yet to be achieved. The older generations, being unfamiliar with technology, has expressed concern over this form of currency and are not keen on it. The use of cryptocurrency to date is mainly restricted to those who believe in its cause yet, as it can be observed, its use is becoming more and more widespread over time. It should be noted that there have however been many incidents of owners losing the key to the wallet, thereby their whole wallet and hacking so the crypto market is a very hazardous place to be.

The common consensus among many of the experts and the users is that cryptocurrency will be the next big thing in finances. Some predict it becoming a universal currency in the next few decades. However, many experts like Warren Davies, Sir Howard Davies, Joseph Stiglitz, Theresa May have voiced their skepticism of this form of currency and the subsequent dangers that anonymity will entail such as illegal trades, etc. However, the rise of cryptocurrency and its popularity since 2009 is evidence that negative reviews will not be the reason for its downfall. 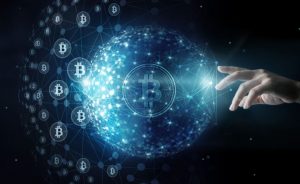 There are many pros and cons to cryptocurrency being adopted as the universal currency that must be carefully examined and relevant steps must be taken to ensure the safety of the users.

In a report by Futurism, the main advantage of cryptocurrency becoming the universal currency highlighted was that cryptocurrency cannot be easily manipulated like fiat money due to their having no regulations and no central authority. It also said that cryptocurrency would better support the idea of universal basic income and many institutions are already experimenting with it. On top of that, cryptocurrency is easily accessible provided there is some amount of digitalization. The absence of intermediaries in these virtual transactions could cut expenses by a large amount.

The major concern regarding the universality of cryptocurrency is what happens to current money or fiat money if cryptocurrency were to replace it globally. The replacement of current money would result in loss of assets, sudden fall in the value of money, and other economic issues. Major infrastructure changes and chaos would ensue should cryptocurrency replace fiat money. There would also be a loss in government control as currency regulation plays a huge part in controlling the economy. Also, the fact that such transactions are untraceable may pose a threat to the security of individuals and nations at large.

Making predictions is a difficult thing to do: even the most powerful evidence can imply something must happen in the future but it does not in reality. Yet, in light of all the evidence and the current scenario, it can be assumed that cryptocurrency may become a universal currency in the next few decades. This would entail major changes in the finance world and other economic and political structures.

The one important point that may hamper the rise of cryptocurrency is the lack of digitalization in some parts of the world. Yet, the rapid growth of technology over the past century along with rapid globalization that is currently occurring will soon tackle this problem.  So, in light of the current data and scenario, it may be assumed that cryptocurrency will soon become the universal currency.

Christy Bella
Blogger by Passion | Contributor to many Business Blogs in the United Kingdom | Fascinated to Write Blogs in Business & Startup Niches
Previous article
Evolution of Cryptocurrency in 2022
Next article
Will the Cryptocurrency Fall in the Future?

How to Transition Your Tech Product From Idea To Market