Why Are Cryptocurrencies Banned In Many Countries?

Cryptocurrencies have become extremely popular. They can alter our relationship with money and even banking. However, not all credit card companies support them, and some countries even ban them. Why?

Cryptocurrencies are complex math and code used to transfer value across the internet. They’re like digital money. Some government bodies have banned them because they don’t fully understand what they are, while others have accepted them in the hope of benefiting from them.

We need to talk about this, so I’m going to cover what cryptocurrencies actually are and then explain why and where they have been banned out of fear. 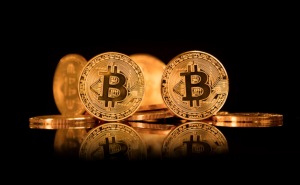 Cryptocurrency is a sort of electronic currency that secures payments via encryption. It is built on the decentralization and anonymity concepts. They are an alternative to paper money and fiat currencies, often associated with corruption and fraud. They can also be an alternative to the traditional banking system since they don’t require a central bank or government to issue them.

However, cryptocurrencies investment has risks and benefits, so it is essential to understand them before using them in your business. They have a lot of potentials. Unlike gold and silver, they can be exploited as a store of value. They can also be used to pay for goods and services. But, the primary use case is to get rid of the need for banks and other traditional financial institutions.

Cryptocurrencies are based upon a distributed public database that keeps track of payments and is amended by cryptocurrency holders. Virtual currency units are formed through mining, which entails using computational capabilities to solve complex mathematical equations to earn coins. Individuals may also purchase the assets from intermediaries, subsequently preserving and transacting using encrypted wallets.

Why It is Banned in Many Countries 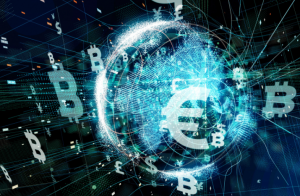 Cryptocurrencies are a new technology. Several governments or central banks don’t support them, and they have not been regulated by several countries yet.

The advancement of these innovations is a global concern that all governments must confront. We must understand the current situation of cryptocurrency to prevent this technology from being used as a tool for illegal activities.

Although it is still a hot debate, outlawing it is still significant. Even though the digital money sector is developing, many governments have refused to trade with cryptocurrency. This could be because of their volatility and high risk. This can be because governments are concerned that cryptocurrencies are being used for illegal things.

Several governments do not yet regulate the cryptocurrency market, which is highly speculative. It can be a good investment, but it can also be a terrible one, especially when you do not know what will happen in the future.

In the past, cryptocurrencies have been banned in many countries. They are seen as a homeland security and tax fraud danger. However, this is not the case anymore, as cryptocurrencies are now being used more and more by people worldwide. There are currently over a million active cryptocurrency wallets in the world today.

Although Bitcoin investment is popular across many areas of the world, its unpredictability and decentralized nature have caused concern in other nations. Some see it as a danger to countries’ present economic structures, while others fear it will be used to fund unlawful things such as drug trafficking and terrorism. Numerous countries have openly prohibited the use of virtual money, though some have attempted to eliminate any business and insurance system support required for its trade and service.

Countries where Cryptocurrency is Banned 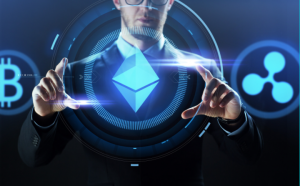 The latest development in the crypto-currency market has been several countries’ ban on virtual currencies. The reasons for the prohibition vary from several national security concerns to not legal tender.

When China outlawed cryptocurrency the year before, it grabbed the media. Still, it is only one of numerous countries and authorities that have mostly overtly barred or drastically regulated cryptocurrency in recent years.

Cryptocurrencies are often used to route currency to criminal origins, according to several countries that have outlawed them, and the spread of cryptocurrency might disrupt their monetary policies. However, not all countries are taking steps to outlaw cryptocurrency; several are considering ways to curb it, along with the United States.

The cryptocurrency market experienced a significant correction after the government of China announced plans to ban trading in digital currencies. This caused a significant sell-off and led to Bitcoin’s price falling.

Before prices steadied, the administration’s anti efforts sparked massive devaluations. This led to a significant price collapse, causing shareholders to forfeit funds. This sparked fear and resulted in the bursting of an investment boom.

Since its inception, cryptocurrency has drawn both praise and criticism. On the one hand, it is lauded for being an independent currency not tied to any government or bank. Still, on the other hand, its legal status and legitimacy have been questioned. Proponents have argued that cryptocurrency will eventually replace traditional tender as a more efficient means of exchange, especially in countries with high inflation levels and currency devaluation.

While the cryptocurrency debate rages on, many countries worldwide have banned this new form of currency altogether. Other detractors point to the risks involved, such as that exchanges are vulnerable to hacks and scams. They deem it to be too risky for their citizens’ investments.

Take some time to read this piece to learn more about virtual currencies, including what they are, how they function, why some countries banned them, and what other people think about them. After reading, you should have a pretty good sense of cryptocurrency. If you wish to know more facts about cryptocurrencies, you can visit the best bitcoin trading platforms like Pattern Trader.

Christy Bella
Blogger by Passion | Contributor to many Business Blogs in the United Kingdom | Fascinated to Write Blogs in Business & Startup Niches
Previous article
Best Cryptocurrency to Invest in 2022
Next article
Why is Cryptocurrency Valuable and What is the Secret Behind this?

How to Make Money in London (8 best Ways to earn extra Cash)?