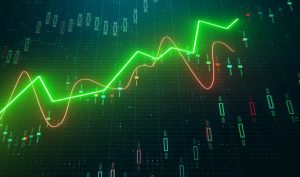 Scalping is a trading strategy that targets fluctuating stock prices within one day, with frequent entries and exits in order to generate profit. The time period employed in this method varies from seconds to minutes however, it is confined within 24 hours of the day. As is evident, the short time span of holding stock decreases the magnitude of the loss but the profit generated is also small and so often scalpers engage in numerous trades occurring simultaneously.

Traders who rely on this style of trading, also called scalpers, rely on accurate data and technical analysis of the movement of prices in the stock market. The tools often employed by scalpers to find entry and exit points in trade are real-time charts such as short period charts- 1-minute charts, 5-minute charts, or transaction-based tick charts and indicators using which they can track a stock’s price action and forecast the movement and thereby make decisions.

This technique of analysis is in direct contrast to the technique of fundamental analysis which requires data on the company finances and is usually employed by investors to analyze the movement of the stock price over a long time period.

Scalpers are usually divided into two categories based on their motive for transactions. Discretionary scalpers are those who make trading decisions based on their own intuition and experience whereas systematic scalpers rely heavily on technical analysis to make decisions.

Now, scalping is often referred to as a sub-category of day trading but the two methods are very different. Day trading is can last from the start of the market day to the close of the market day. Scalping, generally, lasts a few minutes or seconds.

The techniques employed by scalpers are generally systematic as it is difficult to employ intuition in such a short span of time but day traders may use systematic or discretionary strategies.

As is evident, scalping requires a lot of activity and awareness as well as knowledge of the various technical tools. This form of trading is generally suited to people who can stay focused on the market and take swift decisions. Scalpers need to have a strict exit strategy in order to avoid major losses in the market.

Now, let’s take a look at how scalping works. The assumption behind the mechanism of scalping is that most stocks will complete the first stage of the movement. The motive of a scalper, as highlighted before, is to make as many small profits as possible. A trader who holds stock for longer faces the risk of a great loss but even greater profit.

In the case of the scalper, however, the amount of profit made from each trade is small but quick decisions and a large number of trades can generate large profits. The incentives for scalping are the reduced risk, smaller movements by the stocks are easier to make as large movements require very large imbalances of demand and supply, and that these small movements are most common than large ones.

Scalpers attempt to keep the difference between the bid price (the price at which the broker buys a security from the scalper) and the asking price (the price at which the broker sells these shares to the scalper) – also known as the bid-ask spread-as small as possible. The narrow spread is balanced by the sheer amount of transactions made by scalper and it has been observed that this generally leads to a consistent profit. 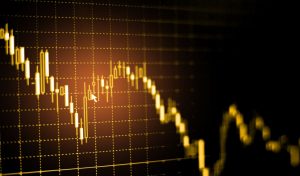 There are 3 strategies employed when it comes to scalping which may be summarized as follows:

Scalping is also used by traders who have longer time frames. One of the situations such a trader will utilize scalping is when the market is highly unstable or is confined to a narrow range between maximum and minimum index prices. The other situation has been referred to as the “umbrella concept” whereby a trader with a longer time frame initiates a long-term trade and performs scalping on other stocks heading in the same direction.

However, it is important to note that the stock market is witnessing an increase in newcomers. These novices, in order to succeed, must master not only the tools of the trade, i.e., the tools of technical analysis but also hire the right broker, be focused on the market, and learn to identify and repeat certain patterns. 1k daily profit is one of the best platforms for trading and you can also check out the 1k daily profit review.

The advantages of scalping are many. Accurate analysis, quick action, and fast thinking as well as an effective and strict exit strategy can help generate large profits. Scalpers do not have to follow the basic fundamentals of stock trading as the time frame is very short and the risk of loss is also low. However, the large number of trading companies that are required to be made to generate profit and the inherent risk factor are both drawbacks to this method of trading.