Every day, more and more startups pop up around the world.

In places like Palo Alto, California, Toronto and Amsterdam, technology proves to be a central force behind the economy. Over the past few years, London has emerged as a leader in the tech sector in Europe. From finance to health to travel, the city is home to dozens of startups with tremendous potential, which is encouraged by generous funding through various investors.

Most of the following startups have received their funding through venture capital investment funding, but there are different ways any startup can get the initial loan or money injection they need to take off. Read more about startup funding options in the UK here.

Here are the 10 most promising startups in London to keep an eye on, invest in or even work for:

These Are the Startups to Watch in London

Over recent years, these startups have made their mark in the London market. With millions of raised and hundreds employed, these businesses can only continue to grow, and you can clearly see that this doesn’t happen overnight. So, whether you would like to work for one or set up your own startup business, it’s always inspiring to see how they made the leap. 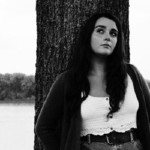 Alyssa Abel is a college, career and lifestyle blogger who helps readers make the most of their educations, professional goals and lives. Read more of her work on her blog, Syllabusy.

Manuela Willbold
Blogger and Educator by Passion | Contributor to many Business Blogs in the United Kingdom | Fascinated to Write Blogs in News & Education I have completed a journalism summer course at the London School of Journalism and manage various blogs.
Previous articleDoes omnichannel pricing mean the same prices online and offline?
Next articlePress Release: The Impact of Coronavirus for the Independent Consultant 2020

0
If you are looking for fantastic business ideas, here are ten that makes perfect sense. 1.     Airbnb Host Do you own a property in the UK?...
Read more
Business Tips

0
London is for me at least, my favorite city in the world and it is a great place to start a business. I was born...
Read more
Business Tips

5 Things To Consider Before Starting Your First Business in London

1
With so much information out there as to "how to start a business" and so many tips, tricks and whatever, I will give you...
Read more
Business

0
So we are finally here with Brexit...or are we? After what seems an eternity, we have finally closed the doors on Europe as the Brexiteers...
Read more

0
London is for me at least, my favorite city in the world and it is a great place to start a business. I was born...
Read more
Business

0
Even the most experienced business analysts could never have predicted what 2020 has turned out to be so far. The uncertainty posed by Brexit...
Read more
Education

Considerations For Selecting a Primary School for Your Child

0
Are you looking for English homework help for your kid? Preschool is the foundation of a kid’s learning life. A good preschool can prepare your...
Read more