Restaurants use great quantities of cooking oil to prepare various foods, in a single day and oil recycling has become a major topic in the food industry.

Once the restaurants have used the oil, they must either dispose of or recycle the used oil. It is quite evident that if cooking oil recycling is not managed properly, then the cooking oil may be found in places where it may result in immense damage causing blocked drains.

Many may remember the headlines of a so-called fatberg found in a London sewer and Thames Water have continued to issue warnings about disposing oils and other waste products down the drains.

The used cooking oil, if not disposed of properly, can cause clogging of drainage systems, hamper with fertilizer formations in the compost heaps, and if the oil is to get channelled to the rivers or seas, it may pollute the water causing water creatures like fish to die.

Therefore, there is a need for restaurants to devise very effective and appropriate ways of recycling their used cooking oils and greases. The two common ways of recycling the utilized oil are through reuse or delivering it to oil recycling companies, where it is recycled to produce other by-products.

Used oil recycling is very important and useful because of the following reasons:

Once cooking oil has been used and reused to the point that it has turned rancid, then it becomes waste. Since the oil used in restaurants comes in huge quantities, disposing of them is a big challenge. If this oil waste is poured into the kitchen and toilet sinks for instance, this results in clogging the drainage systems. 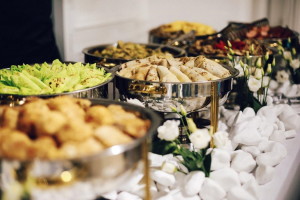 This will necessitate unclogging, which implies hiring plumbing services. Plumbing is really costly and may drain the restaurant’s proceeds. Moreover, if poured outside in the open, it may find its way into the sewerage system, causing it to block and necessitating the municipalities to use thousands of monies to repair the damage.

Therefore, by choosing to recycle the used cooking oil, oil waste is minimized. Hence, problems such as drainage clogging are eliminated, and additional cost are avoided.

2.      Valuable to local companies and communities

Used cooking oil can be strained into collection containers and delivered to oil recycling companies. There, the used oil is converted into various by-products, the common by-product being biodiesel. Biodiesel is a renewable energy source and is an alternative fuel to petroleum/diesel fuel for eco-friendly cars.

4.      Aids in protecting the environment

Used cooking oil if not properly handled can cause huge damage. For instance, if poured carelessly on the compost heaps, or just in an open area, it results in environmental pollution. The presence of oil in compost heaps makes it unsuitable for the bacteria to act on the compost, hence resulting in poor fertilizer formation. 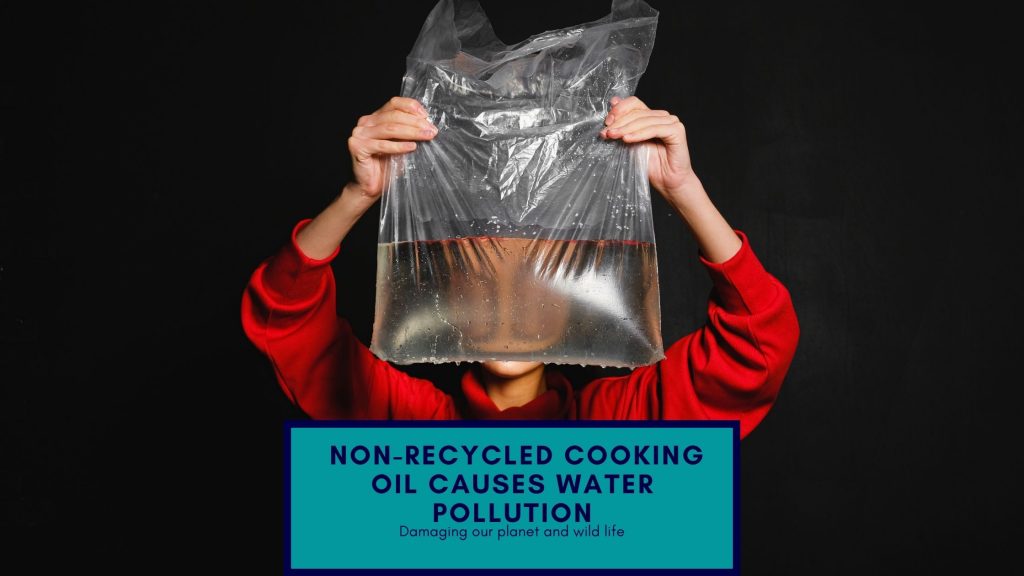 Used oil being poured in the open may enter the communal waters, polluting rivers, lakes and ponds. Therefore, oil recycling helps in guarding the environment and natural habitats.

Usually, cooking oil discarding companies charge a given fee for collecting the used cooking oil. Additionally, costs for storage and handling the oil plus working hours have to be settled by the restaurant. This can be very costly for restaurants.

Hence, recycling the cooking oil is the best alternative, as there are zero costs incurred in the process since all you have to do is store the used oil in containers that are provided to you by the recycling companies. The recycling businesses collect the used oil from you, for recycling, at no cost. Moreover, you get some rewards for recycling oil.

Hence, oil recycling is cost-effective and a very convenient solution for any food company.

Cooking Oil Recycling is a win-win

The above-mentioned reasons clearly show that as a restaurant or catering business owner, you should consider recycling your used cooking oil because of the benefits that accrue from doing so. Apart from minimizing and removing waste professionally, protecting the environment, producing biodiesel, and benefiting the local businesses, oil recycling is cost-effective and is the best solution for dealing with used cooking oil and grease available. And your local community will thank you for it.

Manuela Willbold
Blogger and Educator by Passion | Contributor to many Business Blogs in the United Kingdom | Fascinated to Write Blogs in News & Education I have completed a journalism summer course at the London School of Journalism and manage various blogs.
Previous articlePress Release: Xiatech secures growth capital fundraise from Rockpool Investments

0
The streets of London have been cleaner in recent years. That is due to the entrance of a new player on the market. Junk...
Read more
Food

2
Cannabis has many active ingredients that promise to provide miraculous health benefits to human beings. There are dozens of drawbacks associated with smoking cannabis,...
Read more
Food

Best 8 London Restaurants For A Vegan Diet And Takeaway Deliveries

5
The vegan lifestyle went mainstream in early 2018, but for many Londoners, vegan food and the quest of how to go vegan has been...
Read more

0
Are you doing business? If yes, are you searching for more customers to connect with your business? It could be true if your existing...
Read more
Business

0
So we are finally here with Brexit...or are we? After what seems an eternity, we have finally closed the doors on Europe as the Brexiteers...
Read more
Business

0
Small businesses don’t enjoy that much leeway when it comes to spending. A lot of things get cast aside as extra or unwanted costs....
Read more