As COP26 wound up, many were left skeptical as to whether the Glasgow Pact could do what it takes to tackle the climate crisis – leaving the burden to fall directly on businesses and their consumers. Here we discuss how businesses reduce reliance on fuel.

One thing that businesses and climate-conscious customers could pay more attention to is the role of company fuel and fleet vehicles.

According to a new report by Vimcar, as heads of states gathered in Glasgow, 96% of businesses were preparing to increase their fleet size and fuel consumption.

This is to cope with a post-COVID boom, a pre-Christmas rush, and an overall greater demand for deliveries.

What is more, with the recent UK fuel crisis, businesses have been forced to pass on higher petrol costs to consumers. Hence, In the wake of the crisis, Google searches for “electric cars” exploded in the UK by 1,600%.

And yet, this new report claims that that only 2% of fleet vehicles currently run on hybrid or electric engines.

So, why haven’t company fleets made the switch to electric vehicles?

When asked, 87% of companies said that an electric vehicle’s mileage range was the most important concern when considering whether or not they should go electric.

However, the report also suggests that mileage range is only an imagined obstacle in fleet electrification – implying that most companies are in fact able to use electric vehicles.

Making the switch is easier than they think

Having analysed the average daily mileage of over 67,000 company fleet vehicles, the report found that up to 90% of those vehicles could be replaced with an electric vehicle (EV).

The average range of EVs is just above 186 miles and only 10% of the vehicles in the study traveled over that limit in one day. If those vehicles were substituted for EVs, they could easily go about their daily business as required and be charged at the office, after business hours – companies would then also not have to wait for any changes in public charging infrastructure.

Additionally, those that did go over this daily limit could be replaced by EVs that were charged in the middle of the day (e.g., during a lunch break) or by EVs with a slightly higher-than-average range.

The implications for the environment 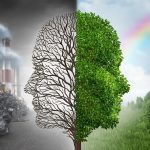 The primary implication from this report is that UK businesses can turn the vast majority (if not all) of their fleet into an electric fleet, despite companies’ conventional wisdom.

In the run-up to COP26, a separate study showed that only 11% of businesses are actively trying to reduce their carbon footprint.

Going electric could be clear step companies can take to help the UK achieve carbon neutrality.

Other, secondary implications could have a significant impact on UK businesses’ bottom line.

The implications on businesses and their customers 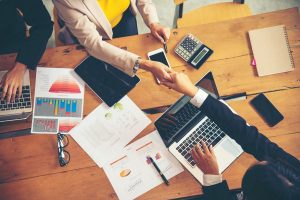 By switching to an electrically powered fleet, UK businesses would not have to rely on petrol or worry about how fluctuating petrol supply and prices might affect their business’s finances.

Beyond this, whilst it is true that many electric vehicles have a higher price tag than the petrol alternative, a variety of research has shown that EVs are cheaper for businesses in the long run.

Not only is charging EVs usually cheaper than filling up at the pump, but they are also £131 a month cheaper to maintain. Because EVs have fewer moving parts, they break down less and are cheaper to maintain – and therefore come with lower insurance costs and a longer life span.

If you add to this the fact that EVs have a 0% road tax and BIK rate, EVs as company vehicles incur fewer costs for both employers and employees. 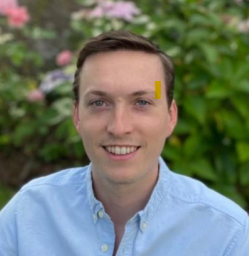 Samuel Rucker
Sam Rucker is an industry expert and content creator for Vimcar, the leading provider of fleet management software for UK SMEs.
Previous article
How to start a Business with £1000 in the UK?
Next article
7 Best Managed WordPress Hosting Services for UK Business WP Sites

Online Dating: How Safe Is It Really?