Coronavirus and Working From Home – Lessons For The Future Of Work

Life imitates art is a truism that has never been more blatantly truer. That is certainly what it seems as Steven Soderbergh’s 2011 medical thriller “Contagion” appears to be playing out in real life.

Aside from the undeniable fact that the viewership of the prophetic film on Netflix has gone through the roof, the other obvious point is more people are working and earning from home.

Apple, Twitter, and now Google have joined the long list of tech companies that want workers to stay home and work from a laptop.

The 11-year long upward trajectory on Wall Street has officially ended. COVID-19 put a period at the end of the longest such streak.

The doom and gloom do offer a potential silver lining.

It may be the final push to make work from home more popular and efficient. 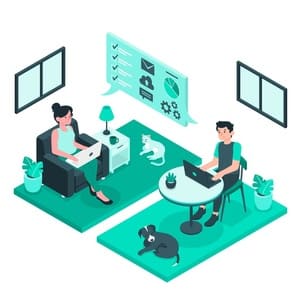 There have been freelancers working at building websites and doing content writing from home. But those are not full-fledged large businesses with over 500 employees.

For at least fifteen years, Tutor.com has existed as a remote workplace with several hundred staff. Almost all of the tutors who work online do so from home.

This new method of work looks to spread further and brings plenty of benefits.

Numerous studies have shown that working from home brings higher productivity. Remote employees can put in at least 10 more minutes of work daily, adding up to a whopping 3 weeks every year compared to their counterparts in the office.

Of course, not all jobs are suitable for remote working. Those in health care, logistics and law enforcement still have to work at their workplace. But many tasks from writing software to accounting can be done at home, and office trips can be cut at least in half.

As an employer, you have access to employees who are at most ninety minutes’ drive from your office. But if you could hire from anywhere, would it not bring you the best talent?

The factors that aid such a model is that video conferencing has become extremely easy due to high internet penetration and over 10Mbps average speed. The price of cameras has dropped substantially, and you could have face to face meetings too anytime you want even if the employee is several hundred kilometres away. This also helps reduce O2 emissions and cut business travel expenses. 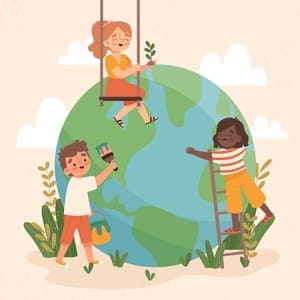 That is right up there with other benefits. Lesser commuters would mean lower consumption of gasoline. The mile-long traffic jams would become a thing of the past. The ozone layer would definitely breathe a sigh of relief.

The nauseous fumes of vehicles are a significant contributor to greenhouse emissions. Any scaling back is useful not only for those who breathe the toxic fumes 24×7 but also the world at large and even survival of the human race. If that is not worth aiming for, then what is? 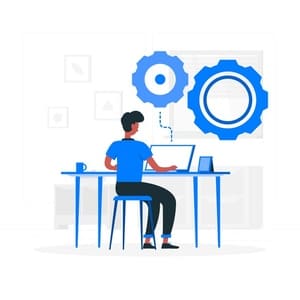 This is the part that is still being evolved. Essentially it has not moved too far since 2006 and Skype calls!

By the end of the 2000s, video conferencing had become commonplace. So was being able to log into a company’s official employee portal remotely and work. It still is at that stage simply because for anything that does not require one on one meeting, it is enough.

The main thrust that has happened is two-fold. One is the cloud, and the second is Virtual Reality.

The use of the cloud for business is about a decade old.  Very simply put, it means giving up your on-premise servers and renting digital space on a server farm. These entities are owned by hosting service providers. 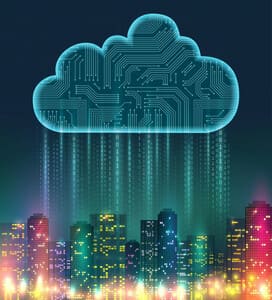 The hosting service provides a complete suite of services that include space on a hard drive and processing power that replicates your own server infrastructure.

Using encrypted VPNs or virtual private networks, it is easy to access these remote servers without fear of hacking. Moreover, all the routine tasks like maintenance and backup are performed by the dedicated staff at the facility, and you can close your IT department and save additional cost.

These are just evolving. The first headset that has been aimed at businesses is the Oculus Quest For Business made by Facebook. It is quite steeply-priced at about £850, but it is early days yet.

It was in January that Zuckerberg made a public announcement on his Facebook page that he would work towards building a sustainable future, and the Oculus Quest is a part of that effort to make remote workplaces possible. It would change the way we think about work, and in about a decade, commuting daily would be a thing of the past for many.

It might seem to be the stuff of dreams but remember that only 13 years back no one knew that you could carry around a gadget in your pocket that not only allows you to make calls but also trade shares, buy plane tickets, open the garage door from a mile away, dim the lights and last but not least – shoot a full-length feature film (Unsane, 2018) by who else but Steven Soderbergh!

Manuela Willbold
Blogger and Educator by Passion | Contributor to many Business Blogs in the United Kingdom | Fascinated to Write Blogs in News & Education I have completed a journalism summer course at the London School of Journalism and manage various blogs.
Previous articleThe Attenborough Effect: 4 ways to reduce emissions while driving
Next articleBest 8 London Restaurants For A Vegan Diet And Takeaway Deliveries

1
Are you a resident of London and considering hiring a professional rubbish removal agency? Well, the right firm should be highly effective and flexible...
Read more
Business

Does omnichannel pricing mean the same prices online and offline?

0
The top London Business Directories listed in this post are influential avenues that are mainly overlooked by small businesses. Being featured in numerous renowned...
Read more

0
So we are finally here with Brexit...or are we? After what seems an eternity, we have finally closed the doors on Europe as the Brexiteers...
Read more
Business

SEO for B2B: why it’s complicated?

0
SEO for B2B is much more different than B2C. In my more than 10 years of experience, I worked with both B2B and B2C startups...
Read more