The Impact of Coronavirus for the Independent Consultant 2020

Key Results of the study

Self-employed management consultants are satisfied with their situation and remain optimistic about the future, in spite of growing economic uncertainty. This is just one of the findings made by COMATCH in their recent study. COMATCH, the leading European online marketplace for independent consultants and industry experts, collaborated with Professor Thierry Boudès from the ESCP in Paris. Almost 1000 consultants from 55 countries took part in the two surveys, in February and April 2020.

The pandemic and its restrictions have affected independent consultants: three out of four respondents expected to see a fall in earnings over the coming months, with one in three anticipating a loss of at least 75%. 27% of respondents have had ongoing projects postponed, while 12% have had cancelations. Planned projects have been worse affected, with 30% postponed and 19% canceled.

Nevertheless, consultants do not regret their decision to become independent.

>91% are as happy as or happier than they were in a permanent position, 89% would recommend being independent and 63% plan to remain independent over the next two years. The pandemic has not changed this positive outlook, with only a 3% difference noted in comparison to the survey in February, before the full extent of COVID-19 and its economic impact had been realized. Independent consultants are optimistic that clients will increasingly rely on the expertise of freelancers in the future: 58% believe that the demand will grow, and 6% anticipate an increase in earnings over summer.

Being able to work remotely was an important or very important reason for 61% of those surveyed to step into self-employment, especially for women (74%).

In April, 23% of respondents reported that their current project transitioned into remote mode during the lockdown. Half of all participants plan to continue working remotely after the pandemic has ended, and 80% believe that companies will be more open to remote work in the future.

Furthermore, the consultants surveyed believed that companies will examine their supply chains (58%) and introduce a more agile way of working (54%). Only a minority believe that the pandemic will result in reducing internationalization (31%) or that companies will focus more on employee welfare than performance (10%).

The decision to become independent is usually done so through choice: 70% of respondents resigned from their previous role, driven by the desire for greater decision making power over project topics (91%) and clients (79%), as well as increased flexibility (67%) and purpose (73%). Having more free time (67%) was a greater motivation than earning more money (52%).

Independent consultants are successful in fulfilling their expectations: for each of the ten drivers examined, at least half of the respondents who had rated a motivation as important or particularly important, reported that through their transition to self-employment, these hopes had been realized.

UK-based Consultants most likely to fulfill goals through becoming independent

Consultants in the UK are more likely to achieve what they hoped to find in self-employment in comparison to other consultants around the globe. For nine out of ten drivers, they reported higher than average achievement scores. For example, 82% of those who sought more decision-making power over which clients to work with achieved this aim (vs. 70% globally).

For UK based consultants flexibility (83%) and decision power over project topics (82%) and having more free time (81%) were the Top 3 motivations to become self-employed. Traveling less is especially important and was a key driver for 49% of UK-based consultants (vs. 29% globally).

95% of UK-based consultants appreciate how simple it is to become legally self-employed, however, the anticipated impact of IR35 is reflected in the low percentage of consultants (28%) who agree that government regulations favor the use of independent consultants by companies.

UK consultants also feel most unsure about the future, with 42% uncertain if the demand for independents will grow (vs. 30% globally). They were also more likely to indicate wanting to return to a permanent position (25% vs.18% global average). 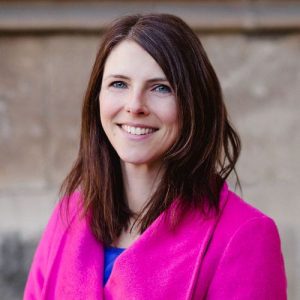 “We see two things in these numbers: the maturity of the market and the uncertainties that UK-based consultants face. Brexit and the long road to it, the announcement of IR35 and now the pandemic have taken a toll on both the economy and individual consultant opportunities. But there is a history of successful collaboration with the clients. It is estimated that one-fifth of the 12 Billion Pound consulting industry volume goes to independent consultants. They create enormous value for their clients and get out of self-employment what they search for.”

Women are more likely to fulfil their expectations in becoming independent

Female consultants who take the step into self-employment are more likely to achieve what they hope through becoming independent than their male colleagues. This was true for seven out of the ten drivers studied, where a consultant rated the driver as ‘decisive’ for their career step. Women and men were found to have similar daily rates, based on experience and expertise (women: £1015 / men: £1055). Only 20% of the survey participants were female, with the gender ratio most balanced among the youngest respondents.

The DNA of the Independent Consultant in 2020: Resilience and Flexibility in Challenging Times is the largest international study on independent consultants. Between February and April 2020, almost 1000 participants from 55 countries took part in two surveys, responding to questions put together by COMATCH in collaboration with Prof Thierry Boudès (ESCP Paris). The questions covered key drivers for becoming independent, consultants’ satisfaction with their professional life and work-life balance, as well as differences between countries and the impact of the COVID-19. The previous volume of the study was published in 2017 and you can find it here.

Founded in 2014 by Christoph Hardt and Jan Schächtele, COMATCH is the leading European marketplace for top independent consultants and industry experts. The COMATCH network currently consists of over 10,000 vetted consultants, who collaborate with organisations of all sizes, including international corporations, startups and consulting firms, to provide flexible support on their projects. COMATCH have 130 employees across offices in Berlin, Paris and London.

For any further questions about this study contact COMATCH representative
Ben Robinson, ben@pprconsulting.co.u

Should You Move Your Business Out of London?