What is Bitcoin Mining? How to Mine Bitcoin?

What is Bitcoin mining? Have you ever heard of it? Do you know how to mine Bitcoin? Well, today, we will answer all of these questions for you. People are becoming increasingly enthusiastic in the realm of cryptocurrencies, which is why we’re discussing it today.

We’ll tell you about the currency, about its founder, about investing in this cryptocurrency, as well as about Bitcoin mining. 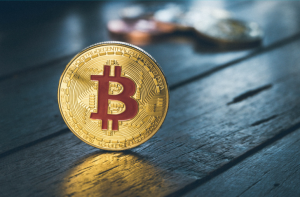 Bitcoin has piqued the interest of a vast percentage of respondents. Many people have heard about it, but very few know it. It is a peer-to-peer virtual currency invented in 2009 by Satoshi Nakamoto, an anonymous individual or group of individuals.

Bitcoin can be sent from one to the other without a middleman. Bitcoins can be exchanged for traditional currencies like dollars and euros or converted into other currencies such as pounds, yen, and so on.

The currency is based on open-source software, which anyone can modify and improve upon. And it’s completely decentralized – there is no central authority controlling the system, which means that its value will never change even if multiple people are trying to manipulate it at once. This distinguishes it from other forms of currency, such as paper currency or bank cards, controlled by governments.

Bitcoin can be used as a payment mechanism and for a variety of other purposes. It is being used as a reserve currency and a mode of payment; it has its money and even offers users anonymity in the form of “virtual cash. It was the first virtual currency, and it is still the most widely used today. Although other cryptocurrencies like Ethereum, Litecoin, or Ripple, Bitcoin is the most popular.

The currency has gained so much value over the years because of its highly efficient technology and its ability to bypass any financial regulations that exist at this time. This makes it very attractive for people who want to invest their money into something worth more in the future than what they invested in it now. Any government or central bank does not control Bitcoin. It’s made by a program called “mining.”

Bitcoin is created by “mining” for them on a computer. The computer has to solve complex mathematical problems to be rewarded with Bitcoin. It is a decentralized digital currency created by many computers worldwide and not controlled by any entity. It was first presented as a substitute for traditional banking, but it quickly gained popularity in the underground sector.

What is Bitcoin Mining? 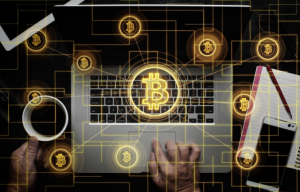 Bitcoin mining is a process where a computer solves complex mathematical problems to earn bitcoins. The process starts with creating new Bitcoins generated by the computer’s software. You can make more Bitcoins if you have more computational power. That’s why it has now become so prominent. It has also been used as an investment tool since it has become cheaper and easier to get Bitcoin than dollars or other currencies.

The Bitcoin mining process involves solving complex algorithms called proof-of-work. ASICs, or application-specific integrated circuits, can be used to accomplish this. These machines are designed to solve these algorithms at high speed and accuracy.

The idea behind Bitcoin mining is to create new Bitcoins by solving complex algorithms used to create other digital currencies such as Bitcoin and Ethereum. The more Bitcoins you mine, the more money you make for your company or individual. It’s also crucial to remember that the new BTC takes time to evolve, so you can utilize your Bitcoin mining money to buy food or pay off debts or bills.

How to mine Bitcoin?

Bitcoin mining is a very competitive business in the cryptocurrency industry. It’s not just about mining bitcoin and making money, it’s also about finding an edge over your competitors.

Bitcoin mining is a fiercely competitive sector that is rife with con artists. Scammers are always looking for newcomers who do not know what they’re about to reap the benefits of. They will even offer you free bitcoins as a way to get you to sign up for their service, but then they will steal your money and disappear with it.

Bitcoin mining refers to generating a history of transaction data to Bitcoin’s universal log of transaction information, often known as the blockchain. This procedure includes aggregating activity into blocks and tackling a computationally challenging challenge. The participant who addresses the problem first takes the award by putting the next block on the chain.

You’ll require advanced tech to handle complicated mathematical problems quickly if you want to mine bitcoins. You must then join a bitcoin network that pools resources to promptly improve your chances of solving these challenges.

Mining bitcoins is when you try to find a new block in the blockchain and this is accomplished by solving a complicated arithmetic problem, although those that mine with high-powered computers have an edge and you can start mining by downloading the bitcoin client and installing it on your computer or phone.

When mining bitcoin, you will have to calculate the block’s hash at a certain number of guesses per second. To put it differently, you’ll have to predict a quantity at random until it matches the target. The objective in this situation is a point of reference for valid blocks in the bitcoin blockchain.

As additional miners enter the system and solve a cryptographic issue, bitcoin mining becomes a form of competition. The difficulty of mining bitcoins grows with each block mined, as does the time it will take to mine cryptocurrency.

The difficulty of this task is defined by the level of computational power necessary to finish it. It’s not hard if you have a few processors that will cooperate or one robust machine that you’ll be working on for years to enhance its efficiency – so-called “mining farms.” However, if you could only have one outdated laptop, do not even expect to see a substantial return on the investment.

Bitcoin mining can create an avenue of investment that’s both fun and profitable and an activity that anyone can undertake at any time. Make sure you educate yourself about Bitcoin before you invest, and you can refer thecryptorobo.com/tr to know how to generate your own bitcoin and its processes.